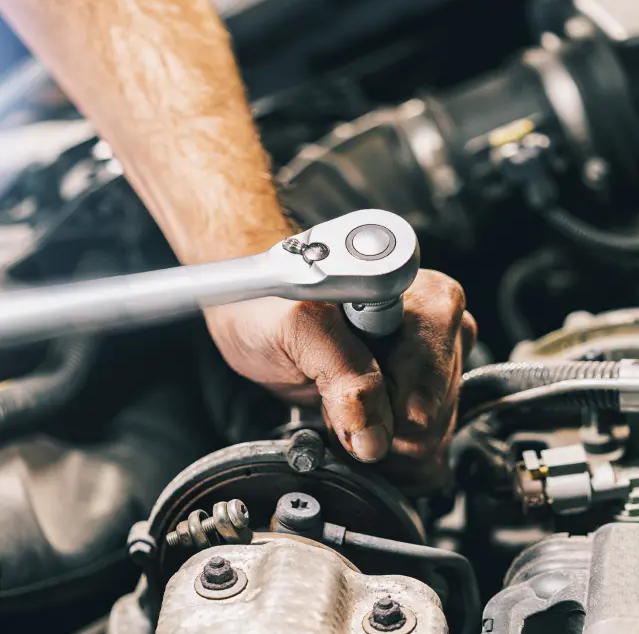 Johannesburg, 06 November 2019 — Every rand counts today in South Africa, especially at a time when our economy is really struggling. We all know the bad news: unemployment is at a multi-year high, growth rates are continuously being revised downwards, taxes look set to rise and retrenchments are becoming more commonplace. It’s a tough time to be a consumer, and it can be an even trickier time to own a car and carry all the costs that come with it. The reality in South Africa is that over 70% of cars fall into the aftermarket category. This typically means that these cars’ 5-year warranty and maintenance plans have come to an end and that owners have to fork out their own money to keep their vehicles maintained and going. In light of this, South Africa’s aftermarket car owners largely fall into two distinct, but different categories. The first group are those who solely stick with the more costly Original Equipment (OE) brands for services, repairs and replacement parts during both in warranty and out-of-warranty periods. The second group involves those who are more financially stretched and who opt for the cheapest repair and replacement parts possible. Interestingly, both of these categories face different risks. Those who stick to their OE brand are continuously paying the highest prices possible for their repair and replacement auto parts. This is because OE brands in South Africa have always put a premium price on their offerings. On the flip-side, a car owner who opts for the cheapest parts available is at risk of jeopardising the performance of their engines and creating more problems down the line. Ultimately, this approach could turn out to be extremely costly as well, especially if it leads to a complete breakdown. However, there is a fast-growing alternative in South Africa that ensures that car owners can save money while still opting for the highest quality parts. This alternative is known as ‘Original Equipment Equivalent’ (OEE) parts and is present among a wide range of parts – from lamps, bumpers and bonnets to grills, cooling systems, brakes, clutches and more.

You may be interested to know that a growing number of major insurers in South Africa are increasingly turning to OEE parts when it comes to repairs for the customers’ cars. As a result, these insurers are saving up to 40% in many instances by turning to top OEE brands such as TRW, Mahle and Bosch, among many more. This is nothing new in global terms. In Europe, it’s commonplace for OEE parts to be used widely in the market. Local insurers have picked up on this trend because they know that the quality of more cost-effective OEE parts is just as high as their counterpart OE parts. In fact, insurers demand that OEE parts are put through the same stringent international tests and global certifications as OE parts. Many of these tests – such as those conducted by CAPA in the US as well as Thatcham and TUV in Europe – offer a greater level of certification and assurance than those typically found in South Africa. These tests determine how closely OEE parts match their OE counterparts. When it comes to certification in South Africa, the SABS approves only certain parts and these mainly include safety-critical elements such as brake pads, windscreens and headlamps. What is more interesting is that the world’s top carmakers themselves use parts made by the OEE suppliers. This is because top carmakers are increasingly not in the business of manufacturing parts but rather the assembly of vehicles. These carmakers will put their own label on these parts, but ultimately they are sourced from the OEE makers’ production lines. Many OEE parts are passing the test. So the question is: where can you as a car owner source these parts?

The best way to find out where you can source OEE parts is by going to your nearest workshop and asking them about whether they stock them and actively use them. A good workshop will know what’s best for the car owner and should be able to provide the necessary information. Another good place to turn is ourselves at Autoboys. We have become a leader when it comes to importing and selling both OEE and OE parts to workshops and car owners in South Africa, and we offer the widest range.

We don’t source OEE parts unless they’ve gone through the most stringent tests in the US and Europe. We also work with all the major OEE brands and have a good understanding of your needs. With outlets across South Africa, we can assist you wherever you are. We hope that more South Africans become aware of the value that lies in OEE parts, especially at a time when saving money is a top priority.

Repairing car parts in a tough economy: Here’s how you can save
Posted in Coverage, News